Margaret Tudor was Henry VIII’s older sister and became the Queen of Scotland after her marriage to James IV in 1503. Her life was troubled and fraught with tension. She was continually caught between her country of birth and the country she ruled. After James IV’s death, she made the disastrous decision to marry the Earl of Angus, threatening her regency and forcing the Scottish council to send for the Duke of Albany to rule in her stead.(Goodreads)

I have always wondered what it was like to be a sister of the the Henry Vlll, were they free to do what they wanted, did he love them as a sister or just see them as one of his subjects?

Although, this book, does not really answer my question, it does inform you, in a most factual and well written manner her story.

A life that is full of conflict and I can imagine that she was quite weary at the end of her life, she had gone through so much, but I admire her strength and tenacity, she fought for what she wanted and above all wanted the very best for her children.

She was definatly born into an era of men, they dominated her world and she was pushed and pulled around by them, but I applaud her for standing up for what she believed was just and right.

Watkins was through in her reasearch and backed up her writing with excerpts of letter written by Margaret and recieved by her, which were interesting to read.

I tried to put myself in her place when reading these, as I wanted to feel a connection with Margaret through them, you could read her anguish at her brother, for not understanding her plight or indeed, when he told Margaret that she should not seek a divorce from her second husband, which to me was quite judgemental, because Henry himself was trying to get the very same thing from Katherine of Aragon.

I would like to thank NETGALLEY for giving me the opportunity of reading this, from which I have gained some insight into the life of this lady.

I will keep this book, so I can reference through it again at my leisure, for it is a book that is well worth a read, particualrly if you want to know more about this sister ir indeed just htis time period.

At the back is a Bibliography and a comprehensive reference section.

I just love this cover! 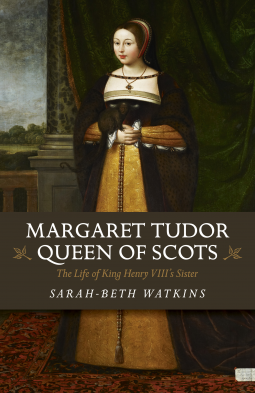 The Hazel Wood
by Melissa Albert